Argo Blockchain, the only London Stock Exchange-listed cryptocurrency mining company, reported a 25% drop-off in production. Specifically, the company mined 124 bitcoin or equivalents in May, in contrast to 166 the month before, mainly due to “unplanned downtime”.

“The limited instances of unplanned downtime” wasn’t the only issue troubling Argo’s new Helios facility in Dickens County, Texas. The high temperatures in Texas in the month of May led them to voluntarily curtail mining operations in order to reduce energy usage.

According to company representatives, the increase in difficulty for the Bitcoin network was another factor why the company mined less than expected bitcoins in May.

“The company’s hashrate on Terra Pool produced substantially lower bitcoin than in previous months, primarily due to short-term probabilistic outcomes. The company continues to explore all options to optimize its hashrate across alternative pools,” Argo added.

The crypto miner reported mining revenue for May of just under £3.1 million ($3.89 million), down from £5.52 million reported in April.

Argo’s chief executive Peter Wall said that the company “expected minor issues” in The Helios mining facility since it was brought online ahead of schedule, focusing on the improvements made during the “last months of hard work and planning”.

“We’ve completed 25% of the machine swap with Core Scientific and installed an additional 300 PH/s, increasing our total hashrate capacity to 1.9 EH/s.”

Through May, the company installed 2,500 S19J Pro mining machines, as part of an arrangement with Core Scientific, and also started installing the first batch of 20,000 S19J Pro machines acquired from Bitmain.

Argo Blockchain stock price is down 7% today in London. 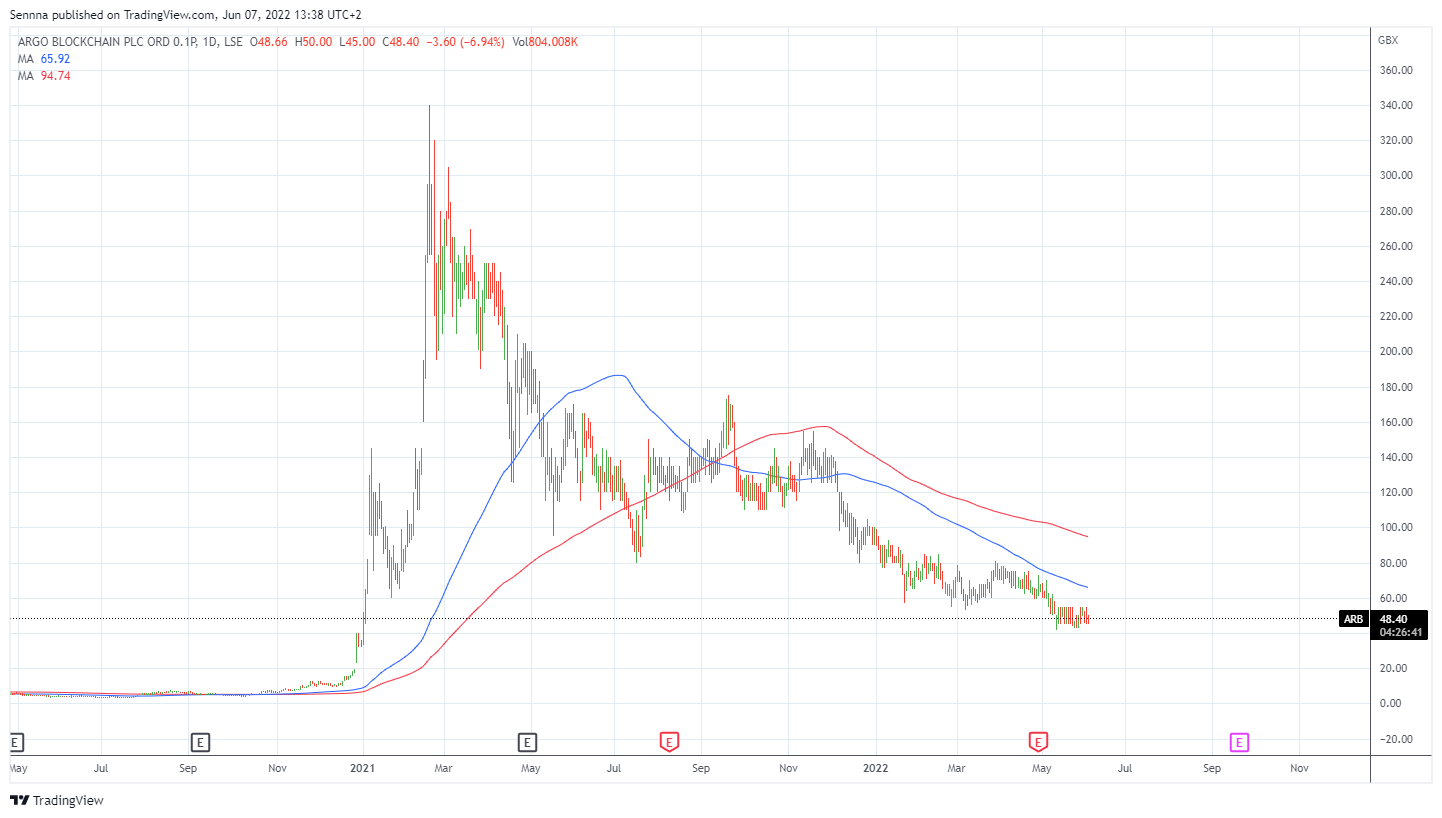 By Parth Dubey 21 hours ago